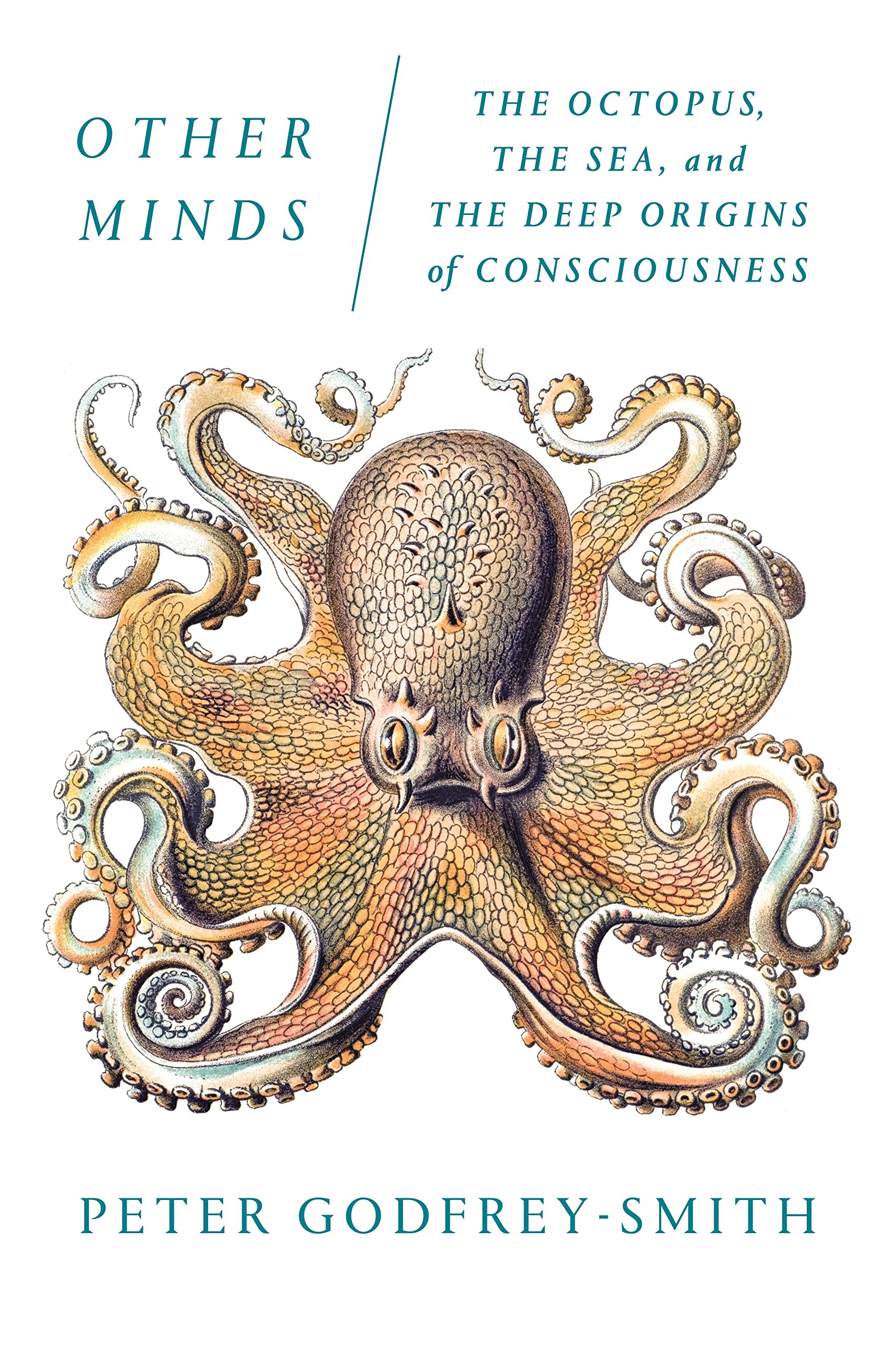 Other Minds: The Octopus, the Sea, and the Deep Origins of Consciousness

In Other Minds, Peter Godfrey-Smith, a distinguished philosopher of science and a skilled scuba diver, tells a bold new story of how subjective experience crept into being?how nature became aware of itself. As Godfrey-Smith stresses, it is a story that largely occurs in the ocean, where animals first appeared. Tracking the mind’s fitful development, Godfrey-Smith shows how unruly clumps of seaborne cells began living together and became capable of sensing, acting, and signaling. As these primitive organisms became more entangled with others, they grew more complicated. The first nervous systems evolved, probably in ancient relatives of jellyfish; later on, the cephalopods, which began as inconspicuous mollusks, abandoned their shells and rose above the ocean floor, searching for prey and acquiring the greater intelligence needed to do so. Taking an independent route, mammals and birds later began their own evolutionary journeys.

Books in the same category

A Thousand Brains: A New Theory of Intelligence

How to Change Your Mind: What the New Science of Psychedelics Teaches Us About Consciousness, Dying, Addiction, Depression, and Transcendence